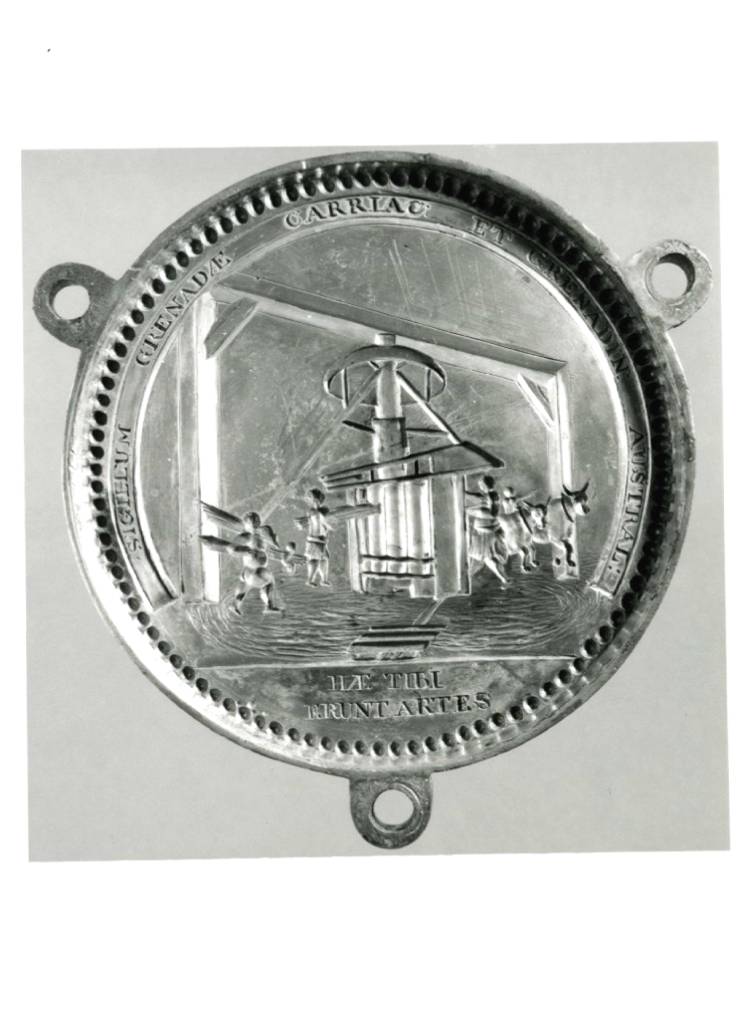 The Board of Trade dictated that the new islands be represented by a “Sugar Mill . . . with Slaves at work” accompanied by the Latin motto: “hae tibi erunt artes,” or, in English “these will be your arts.” This quotation from Virgil’s Aeneid refers to Rome’s glory as a colonizing power. Other cultures created great works of art, oratory, and science, ”But you, Roman, remember to rule the peoples with power (these will be your arts).” It was an apt legend for the Board of Trade’s vision of British America. No other European power was as successful at peopling new world places, developing their economies, and commanding Atlantic trade through maritime power and commercial activity.

Prof. S. Max Edelson presented one of the Eighth Biennial Virginia Garrett Lectures on the History of Cartography on October 5, 2012, at the University of Texas at Arlington.  His talk, “Settling the Ceded Islands: Cartography and Colonization in the British West Indies, 1763-1786,” describe how Great Britain took control over its new tropical islands–Dominica, St. Vincent, Grenada, and Tobago–after the Seven Years’ War.   Click here to launch the “Settling the Ceded Islands” site.